Our Team
BOARD OF DIRECTOR

Our School Board is comprised of dedicated professional people from all walks of life and connections to the School - with one common purpose. The careful stewardship of the School's Vision and Values and the strategic framework that guides the growth and development of Highscope in the present and into the future. 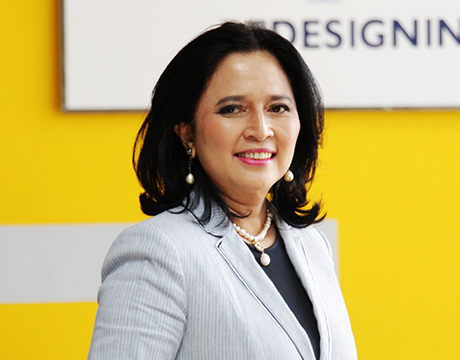 Rina was looking for a school for her then 1.5 year old son, when she heard a poem titled “Flowers Are Red” read by an American-based preschool consultant on the radio in Jakarta. That preschool used HighScope approach. It was the same poem that a professor at her postgraduate school read to the mathematics class she attended. The poem tells the story of how schools can kill children’s creativity by applying the wrong learning approach. It was in that class when she realized that Indonesia's educational system needs to change in order to produce high-quality human resources.

Rina decided to enroll her son to a preschool which used the HighScope approach located in Menteng, Jakarta. Years later, a friend told her that the owner of that preschool didn’t continue with HighScope. Thus, Rina and her friends decided to take over and in 1996 they built the HighScope preschool in Pondok Indah. As HighScope’s founder, Rina is at the forefront of the institution’s developments. She is responsible for setting HighScope Indonesia’s vision and mission, while connecting and identifying the essential elements and necessities to be effectively implemented into HighScope’s commitment, i.e. to be the barometer of education. Her philosophy in making decisions is always based on what is best for the children, not for the parents, nor for the school itself. Based on this, she guides her team to think critically and analyze data before coming to a conclusion. She wants everybody on her team to see every problem from multiple perspectives and get the big picture. Rina is an avid reader, in her free time she enjoys reading and learning something new. 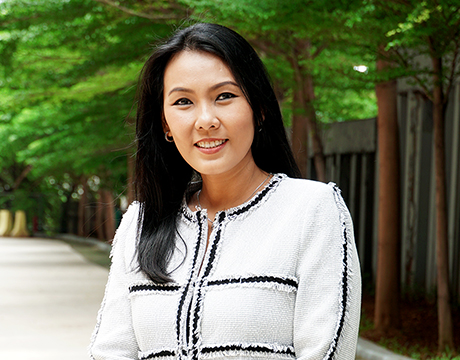 In 1996 Nana started her career in HighScope Indonesia as one of the first preschool teachers, after which she continued her passion for developing the abilities of teachers in the Training and Quality Assurance department for many years as a HighScope certified trainer. To support HighScope Indonesia's growth she also took various positions, such as Business and Quality Management for several years and as Head of School. In her current role as Corporate Secretary, she supports the management through corporate governance, compliance, public relations, corporate social responsibility, as well as supporting the CEO and BOD to execute the strategic work plans. She brings enthusiasm, excitement, energy, and a collaborative spirit to empower those around her. She spends her free time as an active volunteer at Church and other social organizations. She enjoys cooking, travelling, and watching movies with her husband and two children, Abim and Alana. 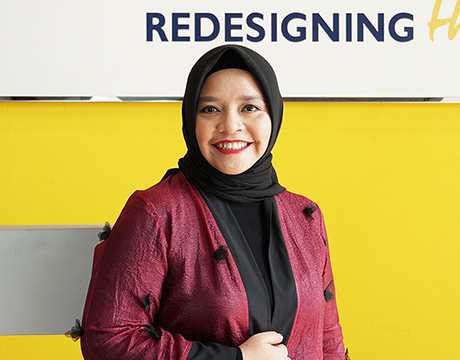 In 2000, Upie applied to become a HighScope Preschool Teacher; however, after reviewing her skills, the management placed her in Admissions and Administration. Within a year, she was assigned to the Licensing department, before she was entrusted to establish and supervise the Merchandising division. Her vibrant personality, motivational spirit and strong professional character landed her a strategic position in the institute in 2011. She led Business Management and Training Research Development for several years, before being assigned as Chief School Management Officer. In her current role Upie manages school operations, including the supervision of the school’s divisions and Sekolah HighScope Indonesia school leaders. In her spare time she enjoys spending time with her family and tending to her ever growing collection of house plants. 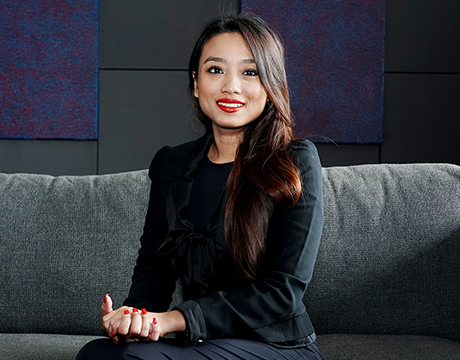 Ilsa started her career in Sekolah HighScope Indonesia as a teacher in 2006, initially to ensure her daughter the best education while she figured out what she really wanted to do. Whilst teaching, she ended up discovering a passion for human development - whether teaching, training, or coaching others. Ilsa’s working style can be described as ever evolving and always learning. In her role as Chief Human Resources & Academic Development Officer, she oversees the Research & Development, Training, as well as the management of Human Capital, Educational Resources, and Technology. She’s passionate about learning, applies what she has learned and drinks Americano, often at the same time. 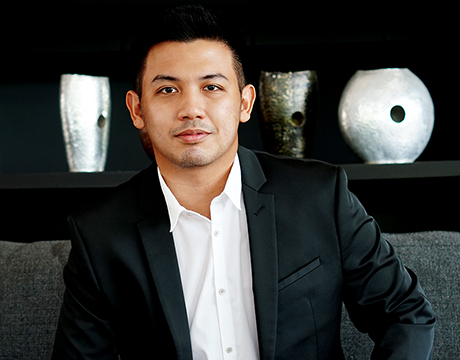 Equipped with first hand experience as a HighScope student from Early Childhood up until High School, Rega has a set of life skills and growth mindset to face current and future challenges head on. He is returning to HighScope Indonesia Institute to contribute back and help develop HighScope Indonesia to an even bigger scale than it already is. True to his background, Rega applies HighScope values and the Plan-Do-Review framework into his work ethic. In his role as Assistant Chief of Business Development, Rega is tasked to find solutions to expand various opportunities and increase growth. In his spare time he enjoys golfing with his friends. 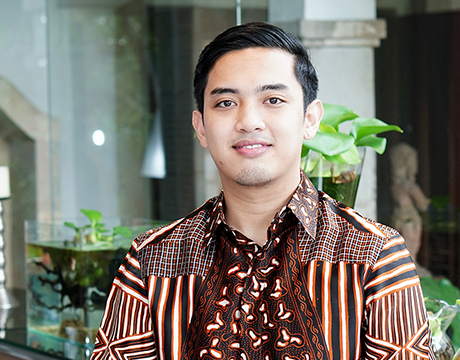 With first-hand experience as a HighScope Indonesia student himself, Rere has a variety of life, technical, and learning skills from HighScope that he applied during his years of higher education in the United States. As Assistant Chief of Marketing, he combines those skills and experiences and effectively uses them where he first started. He maintains a balance of ‘hard working’ and ‘smart working’, and is incorporating ‘meaningful work’ into his work ethic, where he ensures that every decision makes a positive impact, not only on himself and the institution, but also HighScope’s surrounding environment. Rere’s role includes finding creative solutions and innovations to help communicate and express HighScope's values to the world, and one day, impact the future. In his spare time Rere enjoys combat sports, aquascaping, and growing plants. 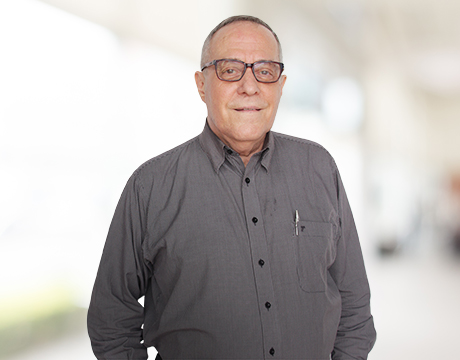 Patrick’s journey in HighScope Indonesia can be described as a ‘wild ride’, starting in January 2004 in a variety of positions to serve the needs of HighScope Indonesia. He believes in what he is doing and cares for all the people around him through collaboration and empowerment. As the English Excellence & Advisory Executive, he supports teachers and staff to be the best they can be, specifically in being able to say what they mean and mean what they say, both clearly and concisely. He has 2 favorite quotes from Rumi, “If you are irritated by every rub, how will you be polished?” and “Raise your words, not your voice. It is rain that grows flowers, not thunder.” These days Patrick is busy playing with the world of words and how people learn language. At home he reads, writes, watches movies and enjoys a wide variety of craziness with his family. 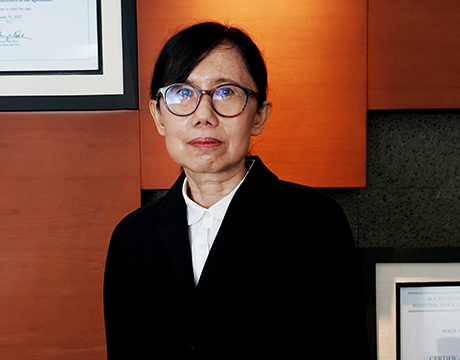 Jossy joined HighScope Indonesia as a preschool teacher in 1996. Now, as the head of Service, Quality Monitoring and Improvement she ensures that all HighScope schools implement all aspects of the HighScope approach in their services to students, parents, and teachers. Jossy believes that people construct their own knowledge and that intrinsic motivation drives people to become the person they want to be. She is grateful to the HighScope philosophy which shaped her current ability to develop others and to help ensure the implementation of the HighScope approach in all schools. Jossy loves to read at home but also travelling solo and enjoys getting lost in ancient cities full of history. She is fond of maps, museums, and is fascinated with Medieval and Renaissance arts and buildings.